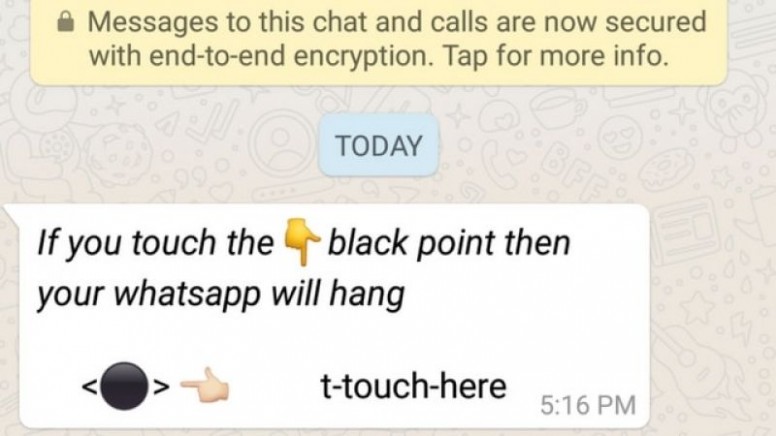 WhatsApp the most popular messaging app has found a spam which can crash your WhatsApp messager and can hard your phone. This message is forwarded through WhatsApp users via messages. This message contains a code which when tapped overloads WhatsApp and even the OS, resulting in a crash.

"As with any message bomb, it involves sending and receiving a specially crafted message with hidden symbols in between spaces. Tapping on a portion of the text will basically make the app 'expand' the hidden symbols, potentially overloading the app and even the OS,"

These are known as “Message Bombs”, they are not new and limited to android only. They are found in IOs also.

There are two variants of such messages

It is recommended not to forward such messages as they can harm your WhatsApp and phones. Just to make fun people forward it without knowing that fact they are harmful.